Wadi Rum has been inhabited by many human cultures since prehistoric times, with many cultures–including the Nabataeans–leaving their mark in the form of rock paintings, graffiti, and temples. In the West, Wadi Rum may be best known for its connection with British officer T. E. Lawrence, who passed through several times during the Arab Revolt of 1917–18.[3] In the 1980s one of the rock formations in Wadi Rum, originally known as Jabal al-Mazmar (The Mountain of (the) Plague), was named "The Seven Pillars of Wisdom," after Lawrence's book penned in the aftermath of the war, though the 'Seven Pillars' referred to in the book have no connection with Rum.[4] Lawrence described his entrance into the Valley of Rumm, "The hills on the right grew taller and sharper, a fair counterpart of the other side which straightened itself to one massive rampart of redness. They drew together until only two miles divided them: and then, towering gradually till their parallel parapets must have been a thousand feet above us, ran forward in an avenue for miles. The crags were capped in nests of domes, less hotly red than then body of the hill; rather grey and shallow. They gave the finishing semblance of Byzantine architecture to this irresistible place: this processional way greater than imagination."[5] Lawrence also described his encounter with the el Shellala waterfall, "On the rock-bulge above were clear-cut Nabathaean inscriptions, and a sunk panel incised with a monogram or symbol. Around and about were Arab scratches, including tribe-marks, some of which were witnesses of forgotten migrations: but my attention was only for the splashing of water in a crevice under the shadow of the overhanging rock. I looked in to see the spout, a little thinner than my wrist, jetting out firmly from a fissure in the roof, and falling with that clean sound into a shallow, frothing pool, behind the step which served as entrance. Thick ferns and grasses of the finest green made it a paradise just five feet square." 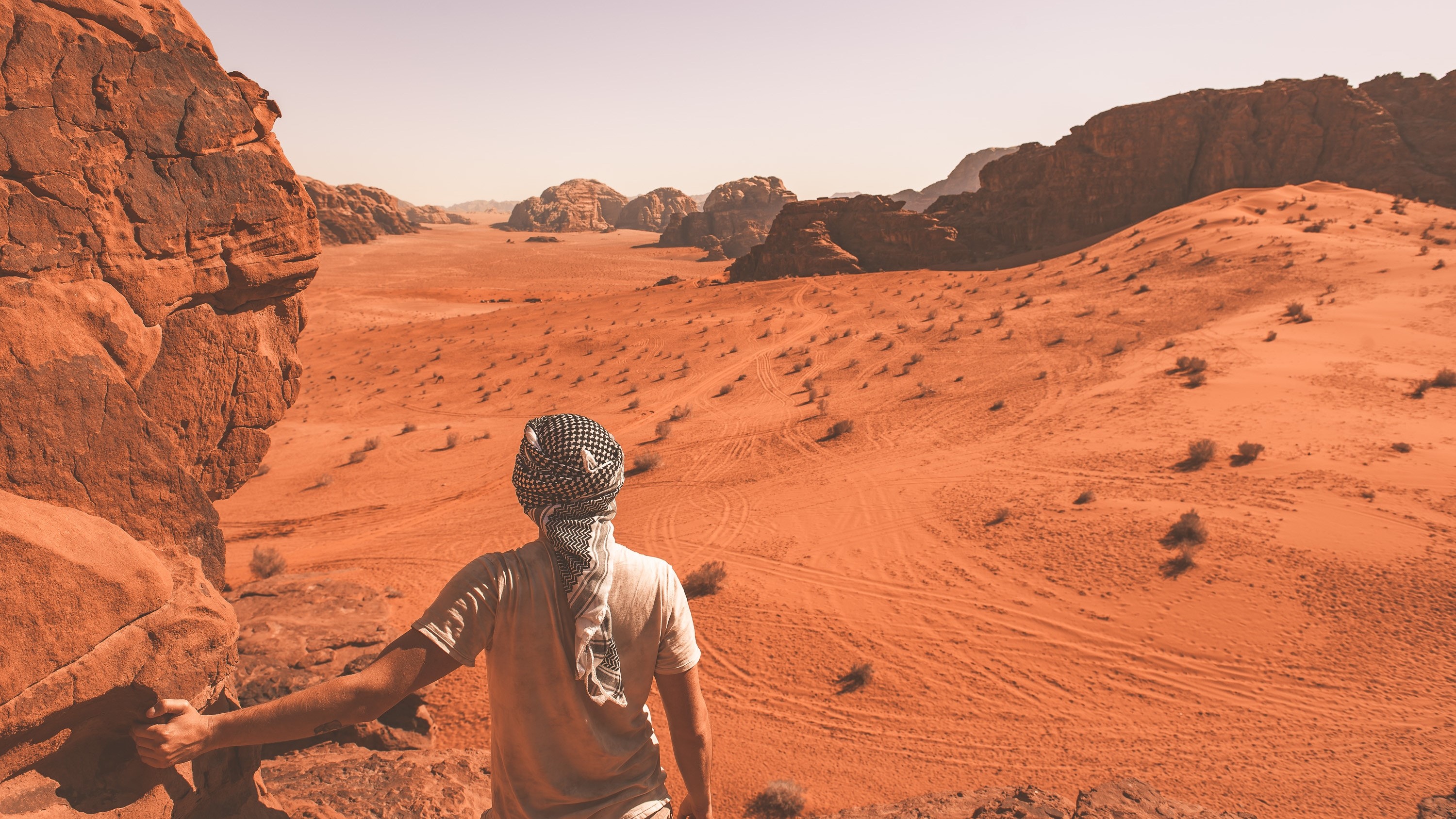